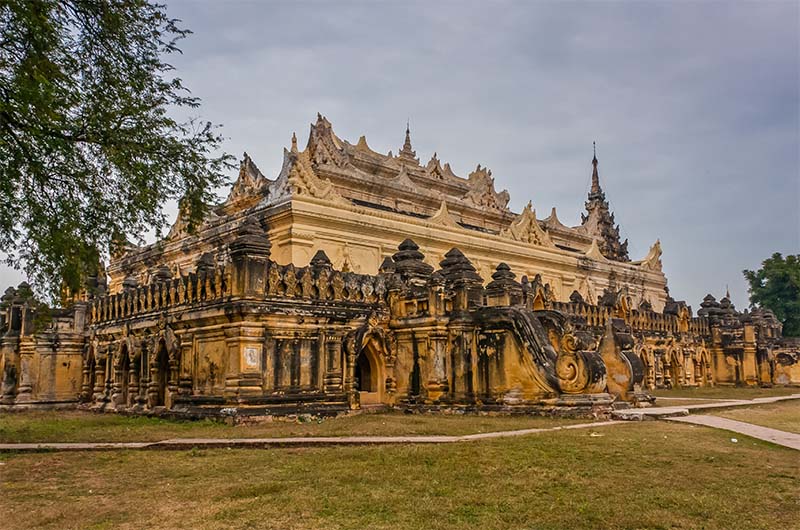 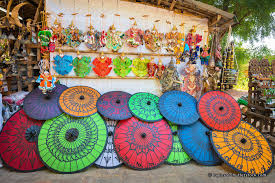 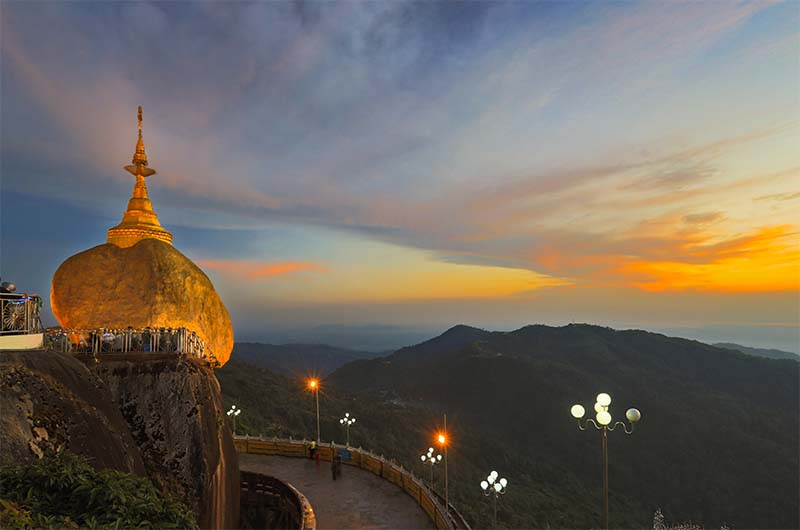 Upon arrival at Yangon International Airport, you will be welcomed by a travel representative and transferred to your hotel. Once you are refreshed we will take a sightseeing tour of some of Yangon’s highlights, including the Reclining Buddha at Chauk Htat Gyi, still a popular place for Buddhist worshippers, and the National Museum, home too many interesting artefacts from Myanmar’s past.

We will then visit in Yangon’s downtown to see the colonial buildings. Our day ends with a visit to the Shwedagon Pagoda, the most important religious structure in Myanmar and a point of pilgrimage for Buddhists across the globe. 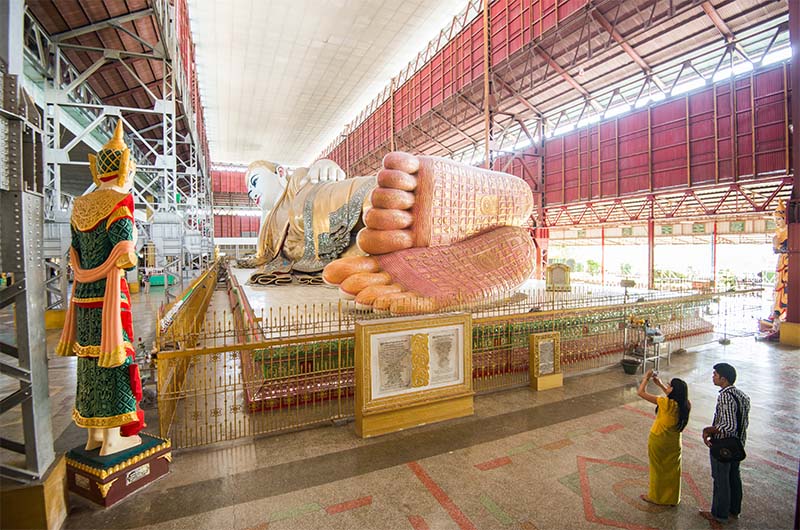 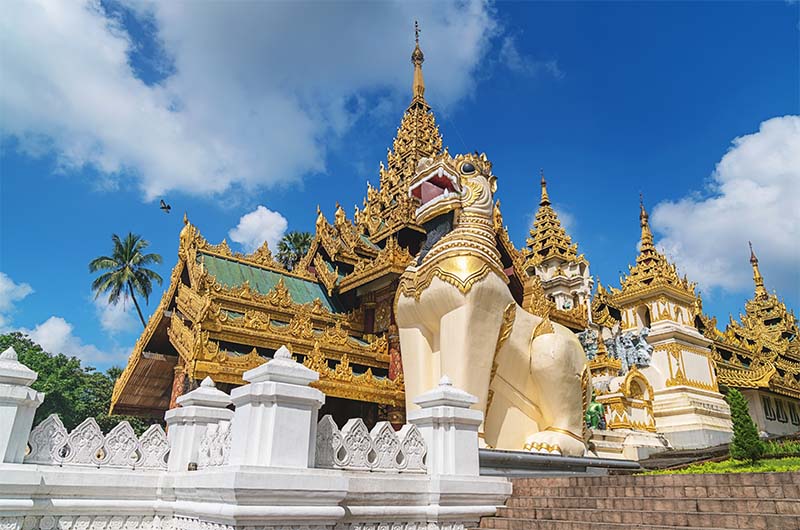 After breakfast at hotel, we will drive to Yangon airport for your flight to Nyaugn U for the the Bagan Archaeological Tour. Upon arrival we will visit highlight including Damayarzaka Pagoda, Shwegugyi and Thabyinnyu. Other highlights include the Shwesandaw Pagoda, the mural paintings at Gubyukggyi and Abeyadana Temple, which is famed for its mural paintings about Mahayana Buddhism.

In the evening, we will enjoy Bagan famous sunset at the excellent place, selected by your guide.

Dinner at hotel
Overnight in Bagan 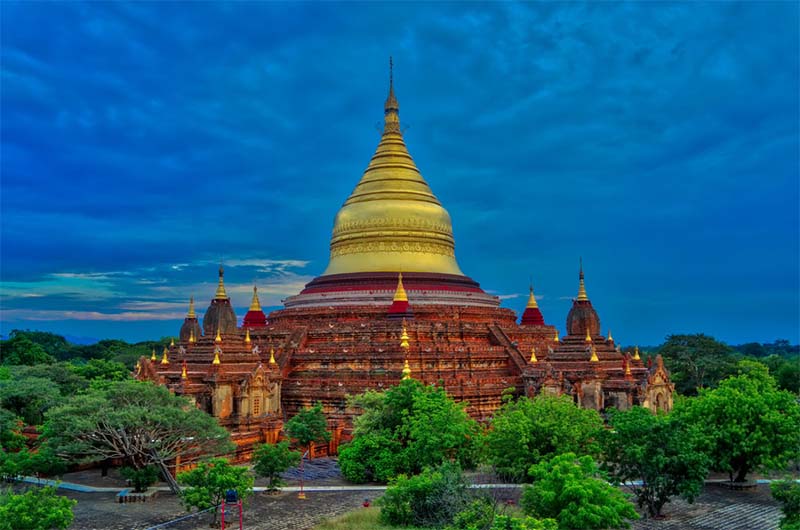 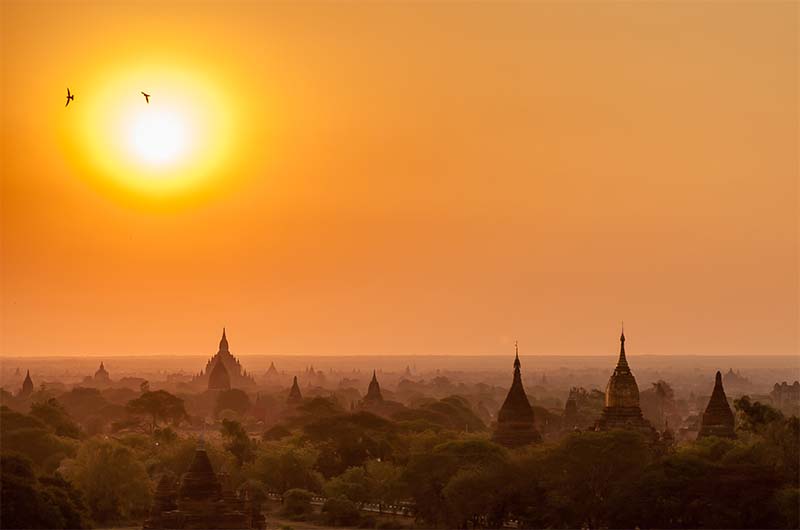 After breakfast, we will transfer to Nyaung U airport for your flight to Mandalay. Arrive Mandalay and we will first visit to another former capital, Amarapura, is just outside the town’s limits, and we will travel here to see such as sights as the Mahagandayon Monastery and the world-famous U Bein Bridge, which is thought to be the longest teak bridge in the world.

In the afternoon visit to another former royal capital, Inwa which was founded in 1364 and which lasted nearly 400 years as a royal capital. Highlights include the ' leaning tower of Ava', Maha Aung Mye Bonzan, a brick-and-stucco monastery, and the elegant teakwood monastery Bagaya Kyaung. In the evening we will enjoy sunset at Amarrapura, where you can walk across the beautiful and unique U Bein Bridge, and the longest teak bridge in the world. 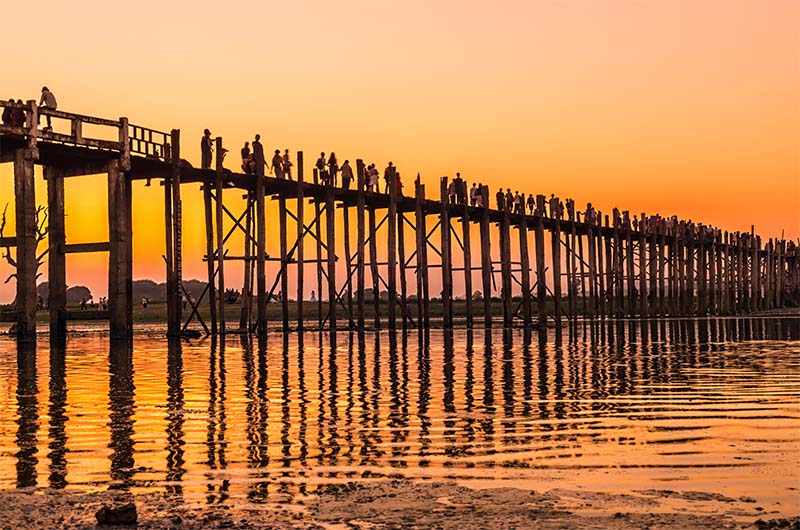 In the morning we will go to Mandalay jetty, where we take a short and pleasant ride upriver to Mingun, the site of what would have been the world's largest pagoda had not King Bodawpaya died in 1819 thus halting all further work. Later an earthquake in 1838 split the monument and reduced it to partial rubble. Nonetheless, the mammoth base of the unfinished pagoda is still a very impressive sight as we approach from the river.

Nearby we can also visit the Mingun Bell, moved from the zedi after the earthquake and now hung in a new shrine building. It is said to be the largest hanging un-cracked bell in the world. Return to Mandalay. 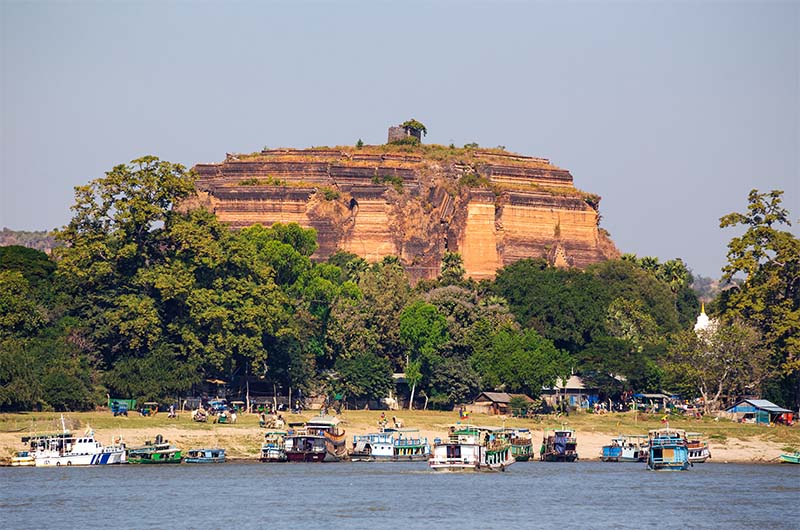 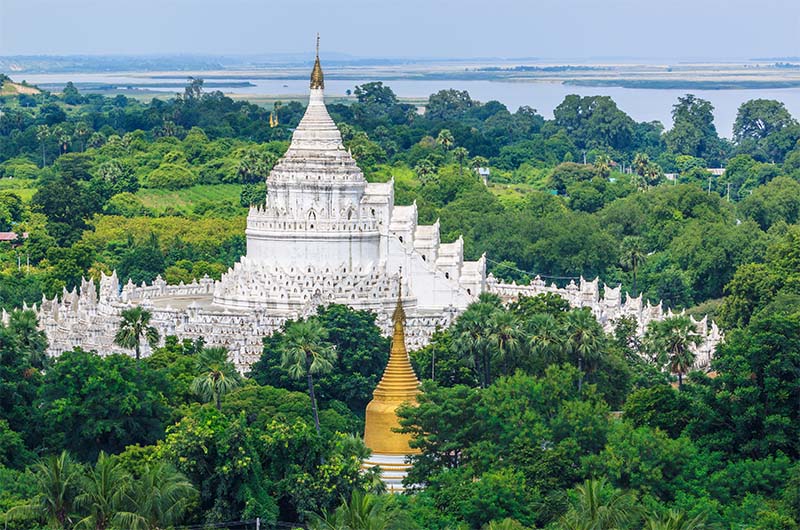 In the morning we will transfer to Mandalay airport for your flight to Heho. Upon arrival drive to Nyaung Shwe jetty and start our sightseeing by long tailed boat to Inn Paw Khone Village where you can see lotus and silk weaving industries. Next visit Nanpan to see the traditional boat making, cheroot (Burmese cigar) making factory.

And then continue our visit to the Phaung Daw Oo pagoda, which is the most highly revered monastery in the Inle Lake area. It houses five ancient images of the Buddha that are completely covered in golf leaf. 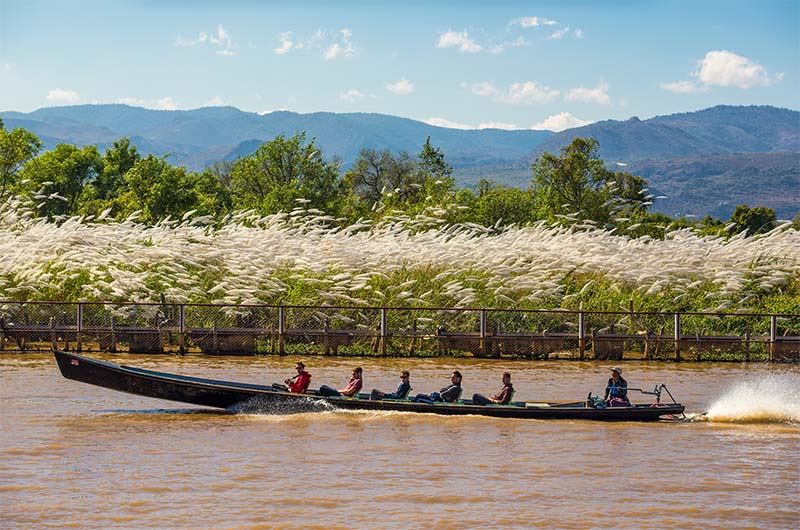 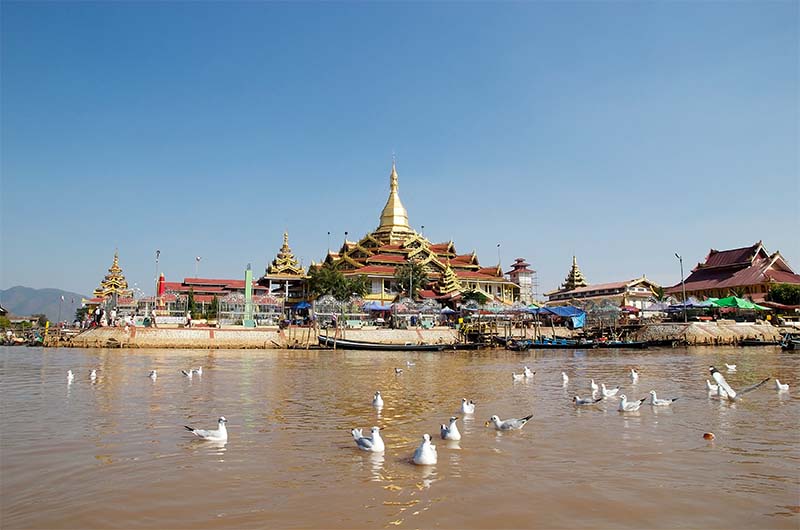 The next day, we will visit the ancient lakeside stupas at Indein and see handicrafts in Nampan village. If the times permit, on the way see the floating gardens that are a photographer’s dream.

And then we will visit to Red Mountain Winery. The representative from the vine yard will explain the process of wine making like harvesting, crushing, pounding, fermentation and finally how they store finished products in wine cellar. You also have a chance to taste their genuine Western Style Myanmar Wines. 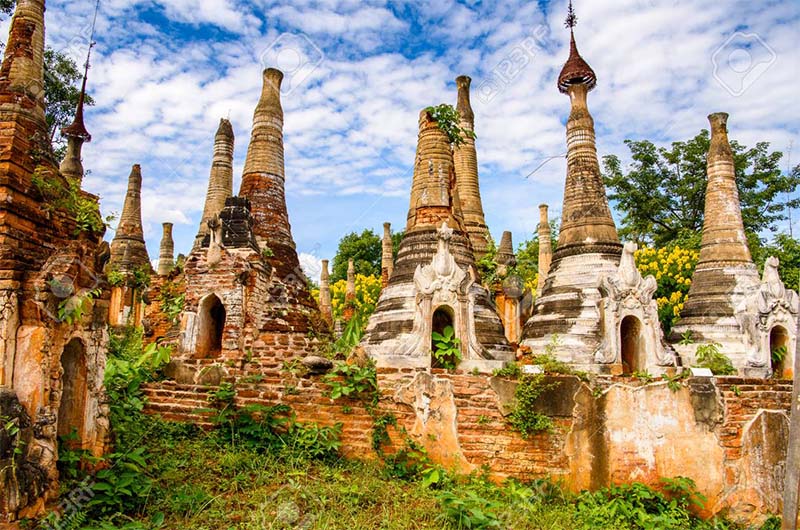 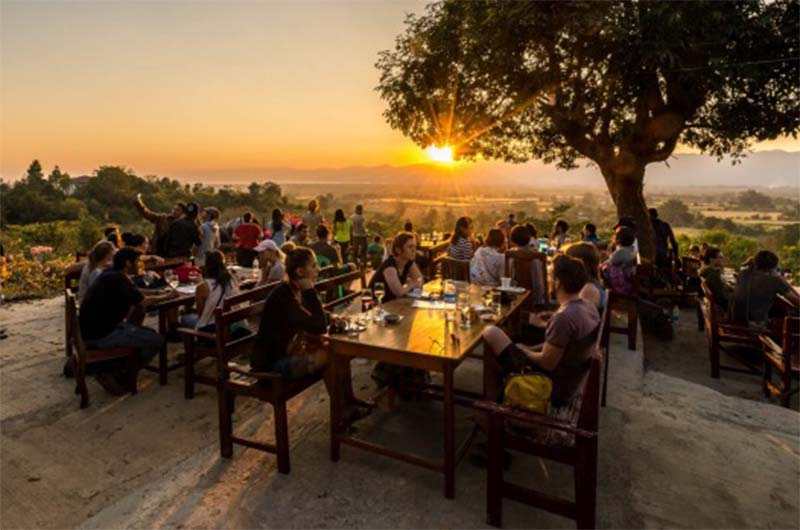 Transfer to Heho airport for your flight to Yangon. Arrive Yangon and visit to Kandawgyi Lake for a number of scenic photo opportunities on what is known in Myanmar as the ‘Royal Lake’, and enjoy more sightseeing around the city.

Then walk it off with a shopping trip for some last minute presents at the famous Bogyoke (Stott) Market or one of Yangon's social enterprises, which put their profits back into local communities and focus on professional training for the underprivileged. 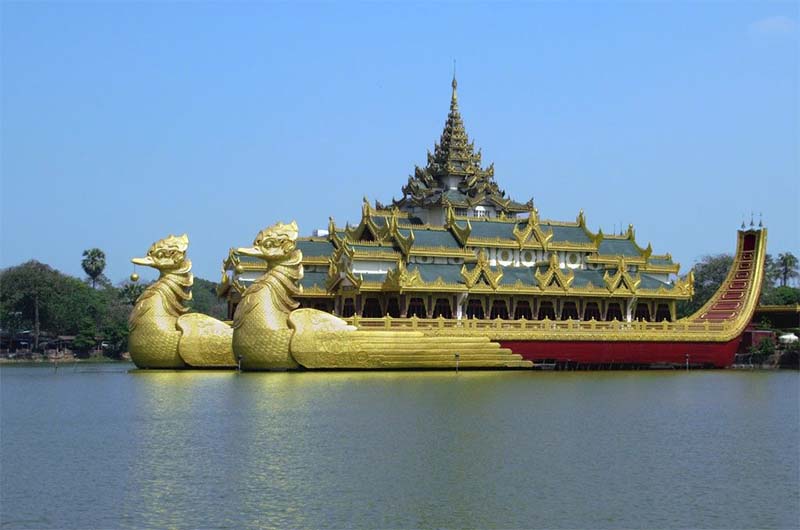 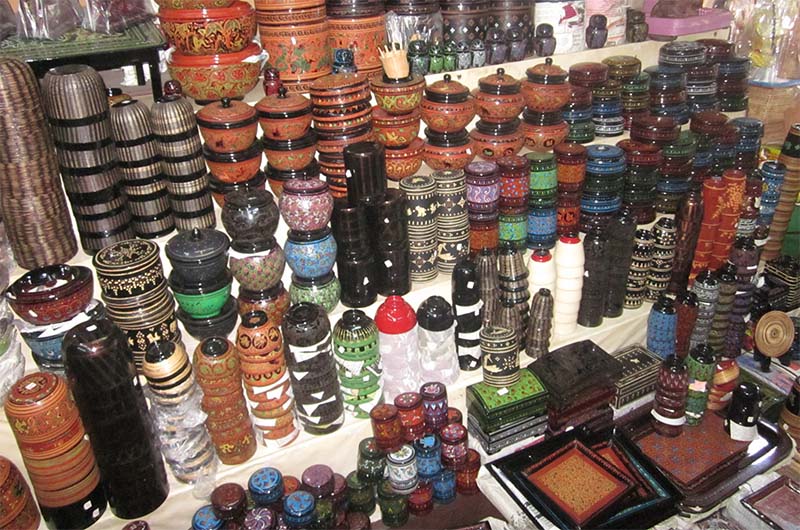 Transfer to airport and connect with your departure onwards flight. 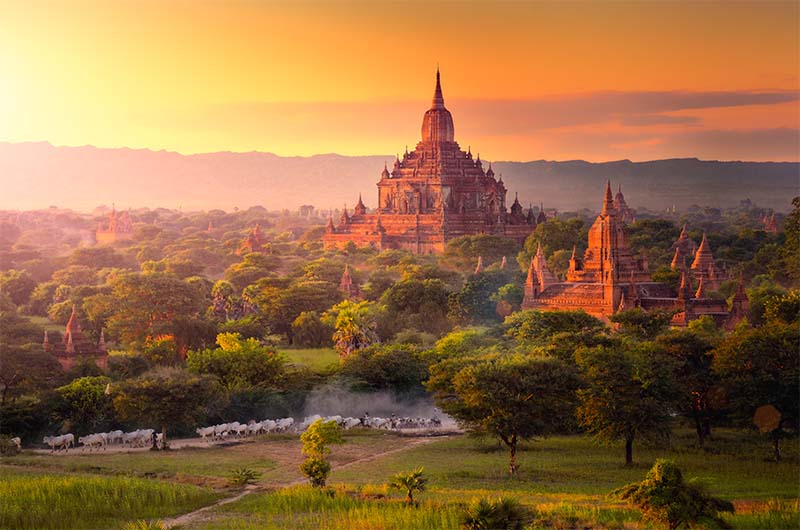 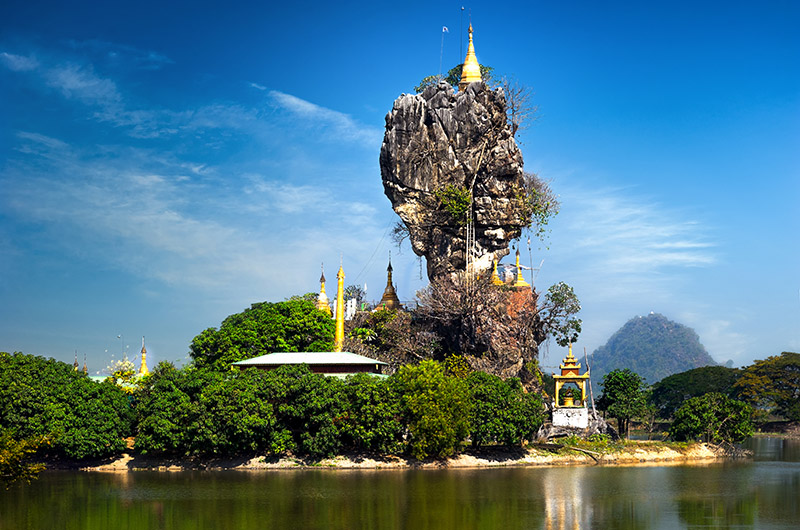 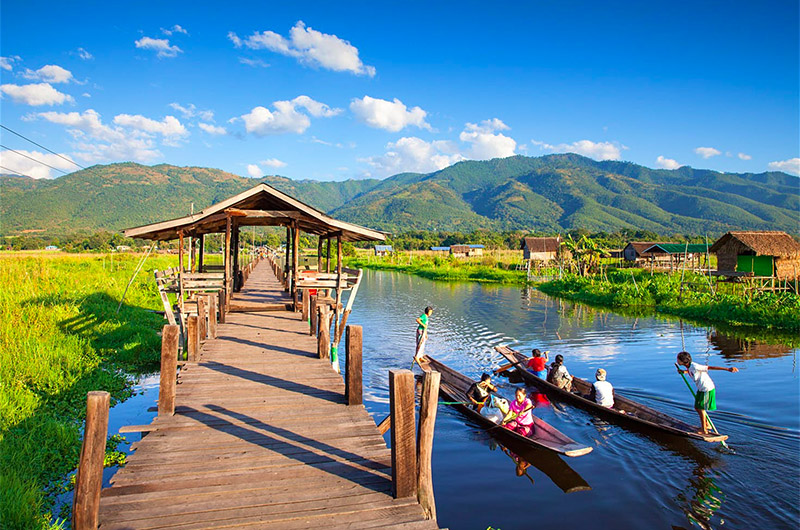 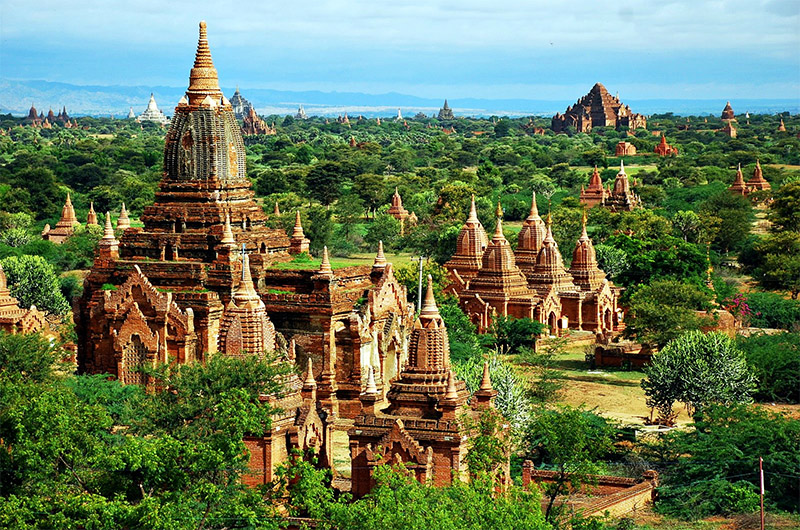 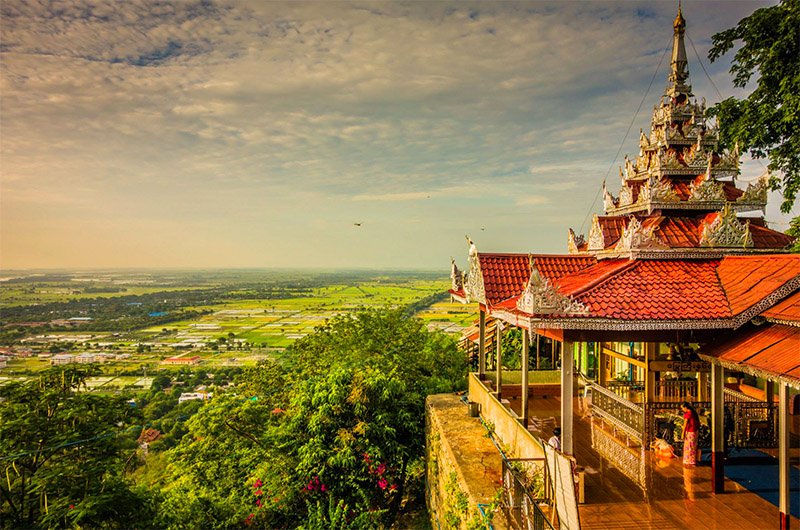