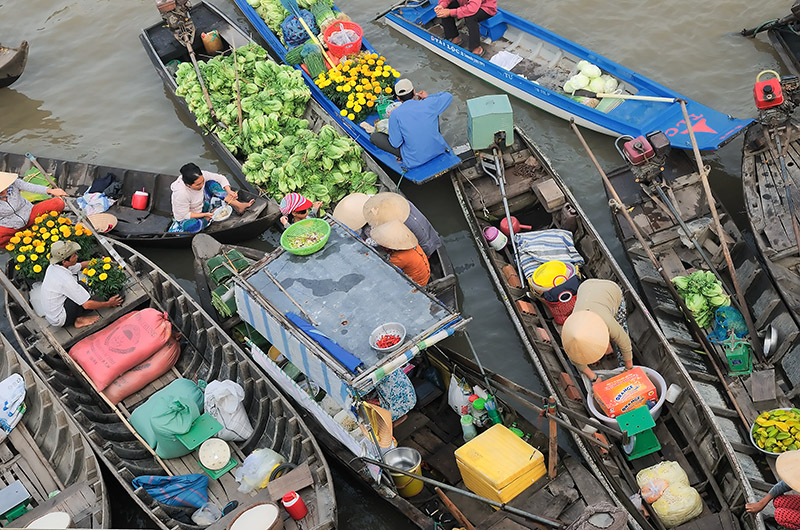 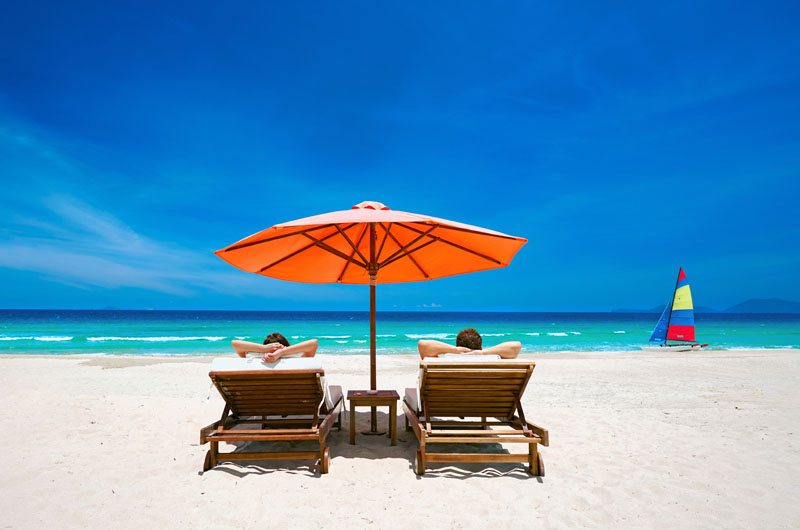 Vibrant cities, quaint villages and dramatic landscapes- this Southern Vietnam family has it all. Enjoy a mix of activities- from a city tour of Saigon to connect with local culture in Mekong a way that is enjoyable and educational for both kids and adults.

Upon arrival to Ho Chi Minh City, our guide and driver will provide transport to the hotel for check in. After checking in, enjoy the remainder of the day at leisure to relax at the hotel or explore the city independently.
Overnight in Ho Chi Minh City 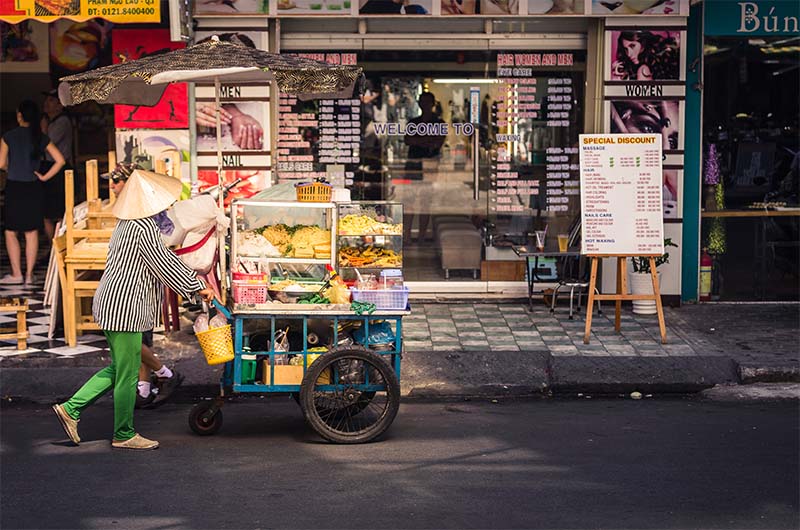 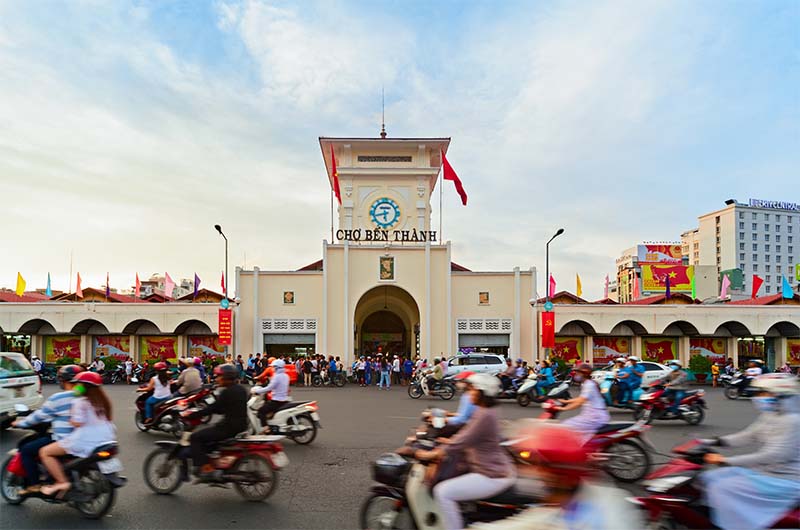 There are several interesting sights in HCMC. The War Remnants Museum has a wealth of images from the wars, the most moving being a gallery entitled ‘Requiem’ which is dedicated to Vietnamese and foreign journalists and photographers who perished during the French and American conflicts. The Reunification Palace was the former residence of the President of South Vietnam until April 30, 1975 when the North Vietnamese tanks came crashing through the front gates, bringing the U.S.-Vietnam War to a dramatic end. Close to the palace some of the best examples of French colonial architecture are represented in the forms of Notre Dame Cathedral and the Central Post Office. Notre Dame Cathedral was built between 1877 and 1883 and the stone used to create it was exported in its entirety from France . Next to the cathedral stands the Central Post Office , finished in 1891. It is another fine example of French architecture and is Vietnam ‘s largest post office. For all its French colonial history though, Ho Chi Minh City is by far and away Vietnam ‘s most modern city. It has numerous shopping malls, cinemas, discotheques and a bewildering number of bars.
In the afternoon we have an excursion to the famous Cu Chi tunnels. This network of tunnels, which stretched for over 200km, became legendary during the 1960s. The Cu Chi tunnels played a vital part in the U.S.-Vietnam War in that they allowed the Viet Cong to control a large rural area only 30 to 40 km from Saigon . At its height, the tunnel system stretched from Saigon to the Cambodian border. The network, parts of which were several levels deep, included innumerable trap doors, specifically constructed living areas, storage facilities, weapons factories, field hospitals, command centres and kitchens. Today the remaining tunnels have become a major tourist attraction giving the visitor a unique experience and feel of what underground life during the war must have been like. The tunnels have been widened for our benefit (otherwise we would not be able to enter them!). For those interested there’s even the opportunity to try an AK47 or MK16 at the nearby rifle range. 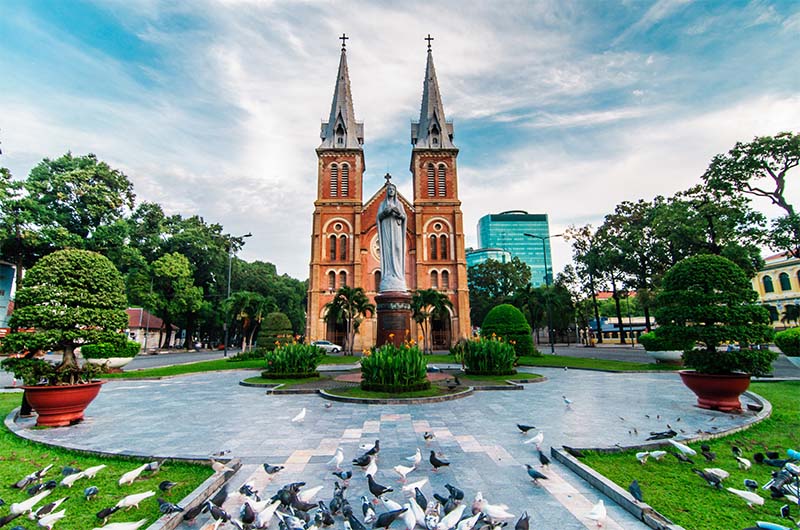 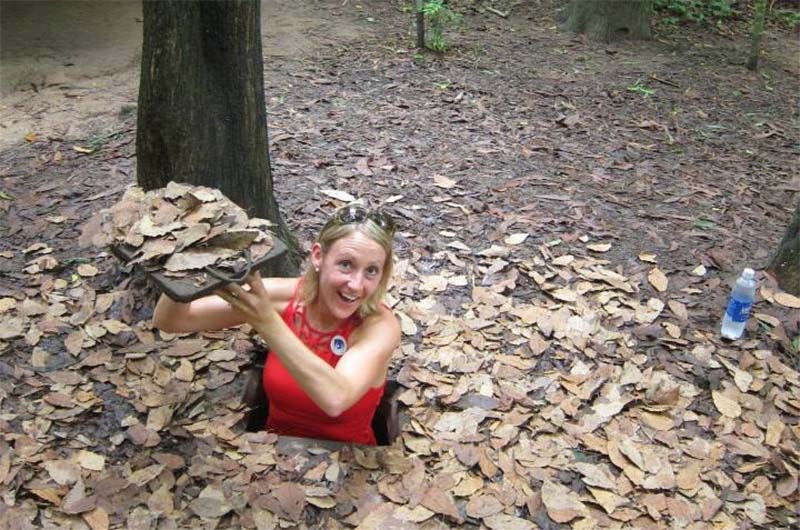 This morning, leave bustling Ho Chi Minh for the 2.5-hour drive to the delta town of Cai Be. The brilliant colors and bustling markets of the Mekong Delta will delight kids as well as adults.

Upon arrival, boarding of the cruise vessel and check-in. After a refreshing welcome drink we show you our on-board facilities and your cozy cabin. As lunch is served, the boat starts cruising. Sit back and watch the fantastic scenery and the daily life of the Mekong Delta people.
In the afternoon you can disembark for a guided leisurely stroll through a village and the surrounding fruit orchards or rice fields. Meet the friendly locals and taste the local produce and fruits.
Get back on board and enjoy a drink at the bar or relax on deck as the sun sets over the magnificent water landscape of the Mekong river. The cruise boat will anchor for the night. The day ends with a delicious on-board dinner. You stay overnight on board on your compfortable river cruiser.

Overnight aboard the Mekong Eyes Boat. 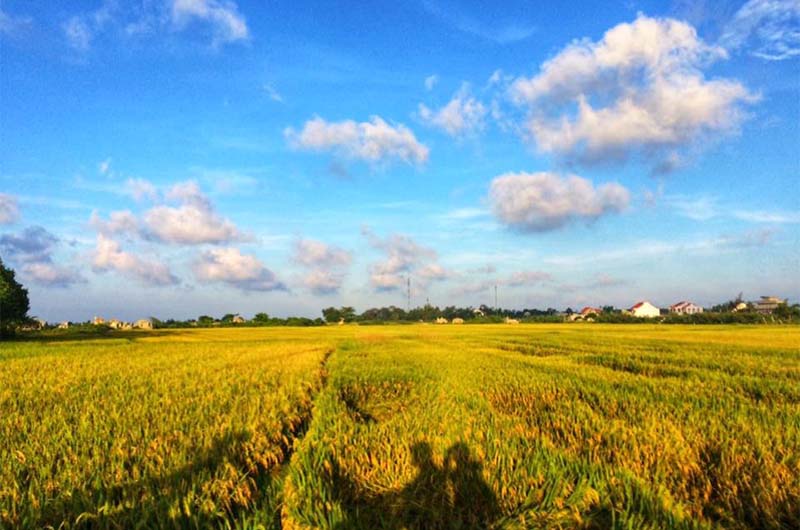 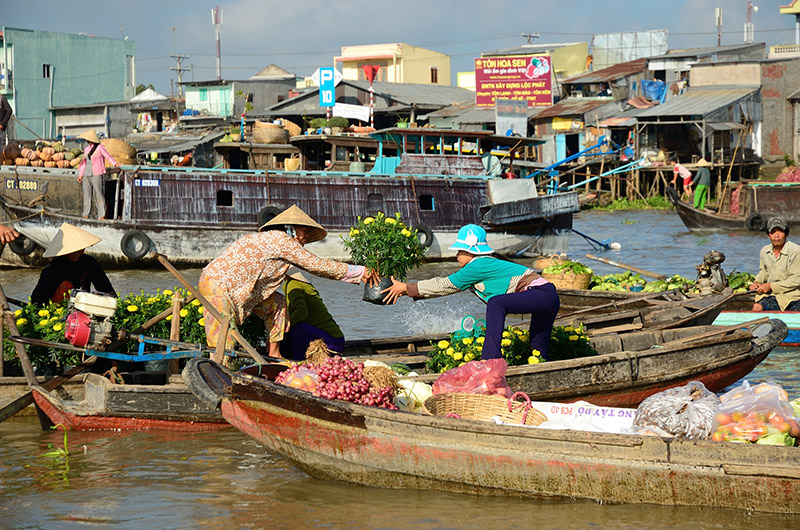 Wake up well rested to the sound of the river and get ready for another exciting day of sightseeing in the Mekong Delta. At 6.30h the cruise vessel sets off for a sunrise cruise. Watch the locals go about their daily work drying exotic fruits and building ships on the wooden yards while enjoying an early breakfast. After breakfast, we will board a sampan boat to Cai Rang floating market, the region’s busiest and most lively markets. Marvel at the sheer abundance of exotic fruits, vegetables and skilfully handcrafted regional products. We will pull up to the boats for talking and bargaining with the merchants. After the excursion to the market it is time to start the journey back to Saigon. From Can Tho we travel by road back to Saigon. In My Tho you say good by to the Mekong Delta with a lunch break offering typical Mekong Delta dishes at Mekong Rest Stop. Please kindly note Lunch in Mekong Rest Stop (only included for those pax using the shuttle service). Overnight in Ho Chi Minh City 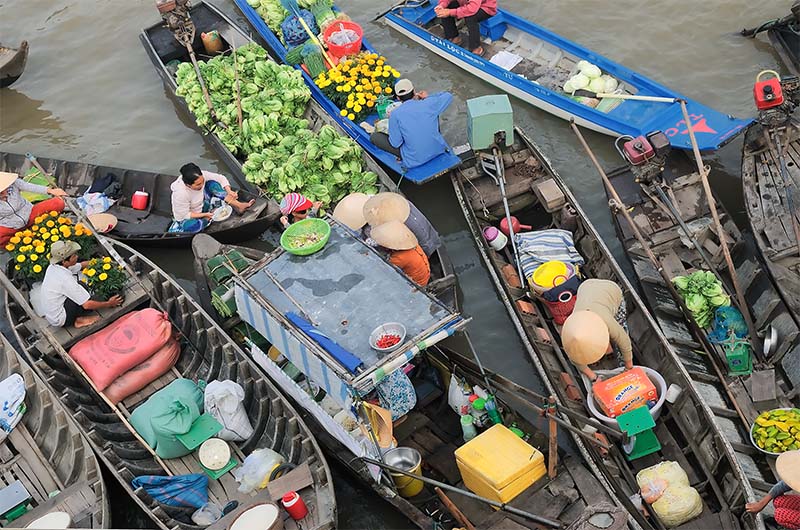 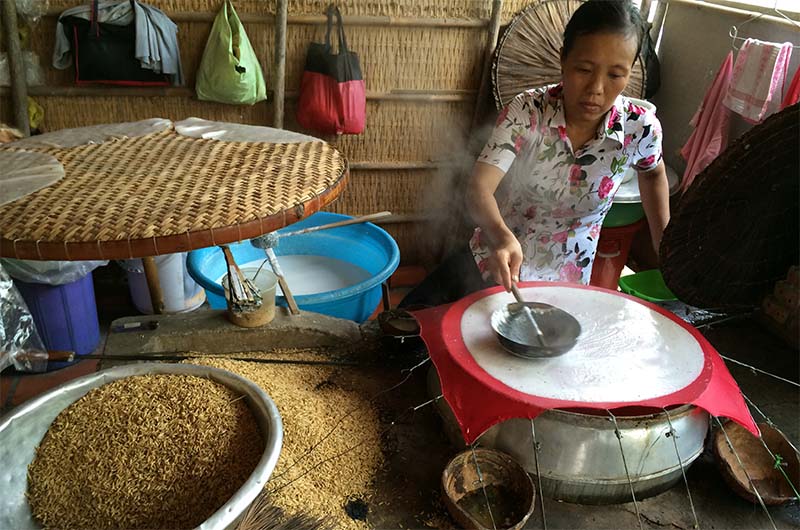 Begin the morning with an early flight from Ho Chi Minh City to Dalat. Dalat was a popular hill station retreat during French Colonial times and since then has been a popular destination for domestic tourists. Dalat is known as the ‘City of Eternal Spring’ for its cool climate and rich variety of agricultural produce (including coffee, vegetables and flowers.) The surrounding region is flush with mountains, waterfalls and pine forests. Upon arrival, our guide and driver will provide transport to the hotel for a check in and a short rest. Visit the summer palace of Vietnams last emperor, Bao Dai, an art deco style villa was constructed in1933. At the time it was considered quite luxurious but with the wisdom of time it now looks like a movie set from the 1950s. Bao Dai was forced to abdicate in 1945, shortly after the end of World War II and spent the rest of his life in voluntary exile in France. Continue to the botanical gardens and see a vast array of flowers in bloom, sculpted into different shapes and animals. Take a cable car ride over the gardens for a birds-eye view. Head to the Truc Lam Zen Monastery for a look into monks at work and see the daily rhythms of temple life. This is a unique form of Zen founded during the Tran dynasty where practitioners develop self-reliance and realisation through meditation. The scenery around the temple is quite breathtaking. Later in the afternoon drive to Pongour Waterfall the most beautiful in the south. The waterfall has many cascades falling from 30 metres to pools below. Overnight in Dalat 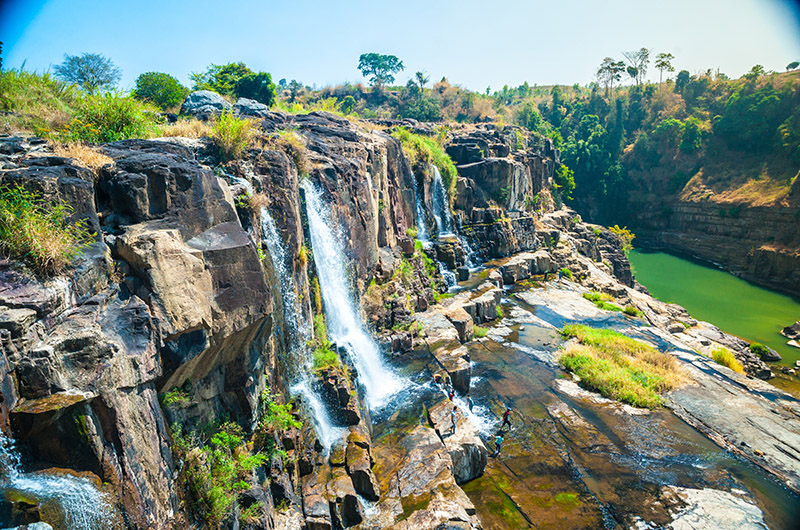 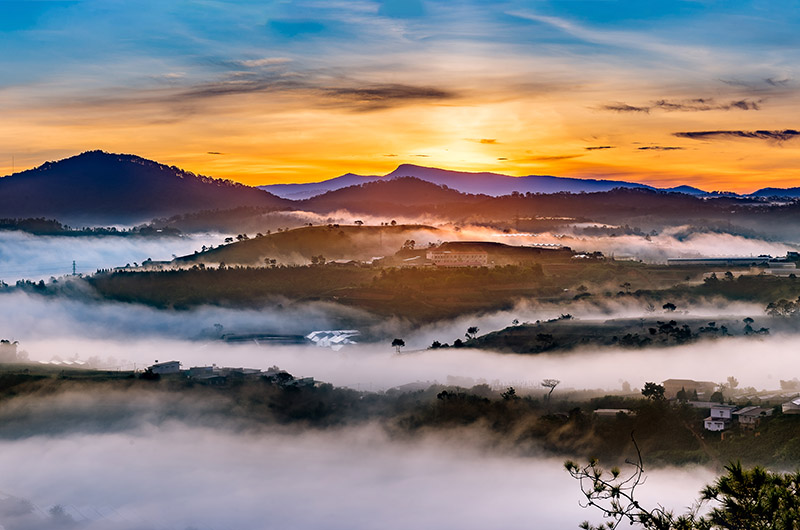 After breakfast, our private vehicle and guide will provide pick up around 09:00 for the transfer by road to Nha Trang city, located on the coast. The remainder of today and this evening are at leisure. Overnight in Nha Trang 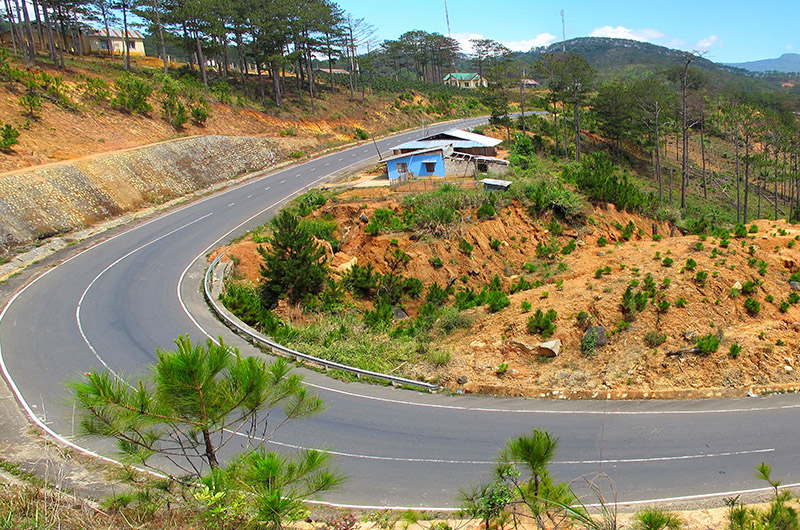 Enjoy the morning at leisure and in the afternoon (around 16:00) embark on a ‘streets and eats’ tour of Nha Trang via cyclo. Our guide and local cyclo drivers will provide pick up at the hotel and will follow up with a unique photo opportunity at the beach square. Now that the hottest portion of the day has passed, enjoy the refreshing cyclo ride through the city. Stops will be made at the outside of the Nha Trang cathedral and the Ponagar temple as well as at the main harbour. As the sun sets, walk across the bridge over the Cai River with the colourful fishing boats below. As we explore by cyclo, different stops will be made to sample some of the renowned Nha Trang street food and local specialities, including ‘banh can’ (a grilled round rice cake), nem nuong (Nha Trang style Fresh Spring Rolls), grilled sea shells, and a long time popular local BBQ eatery. We finish by enjoying a Vietnamese coffee or fruit dessert sitting on the sidewalk with the locals, while watching the world and time passing by. Return to the hotel by cyclo and the remainder of the evening is at leisure. Overnight in Nha Trang. 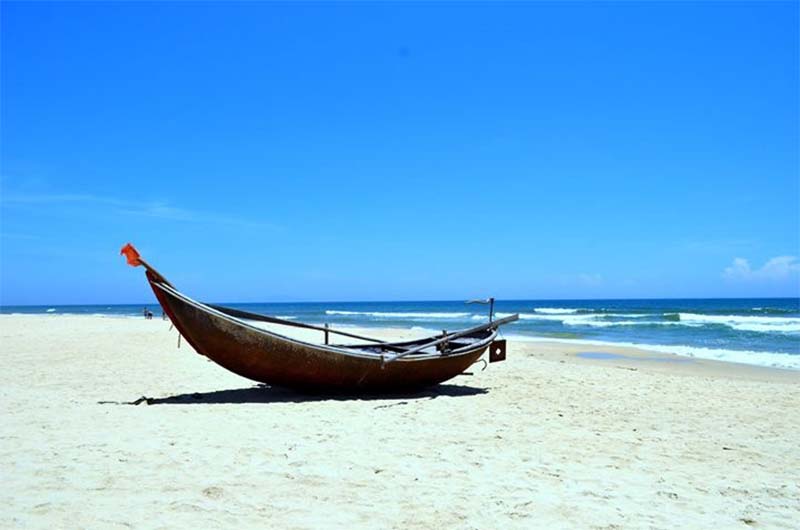 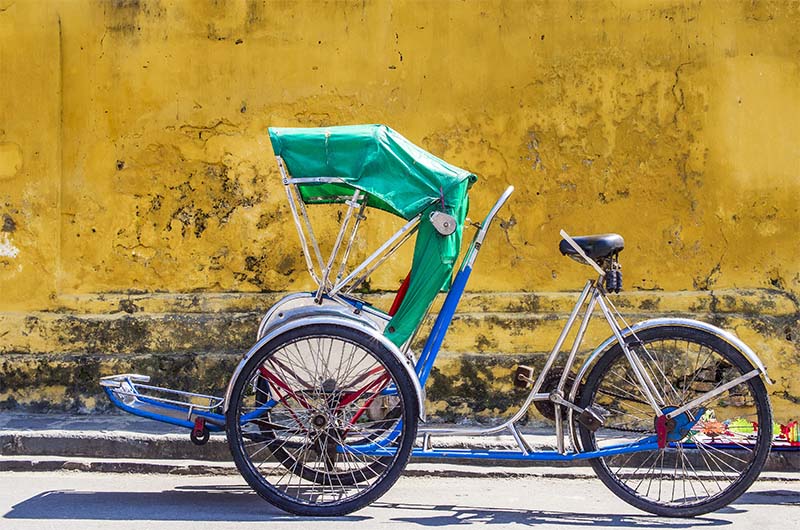 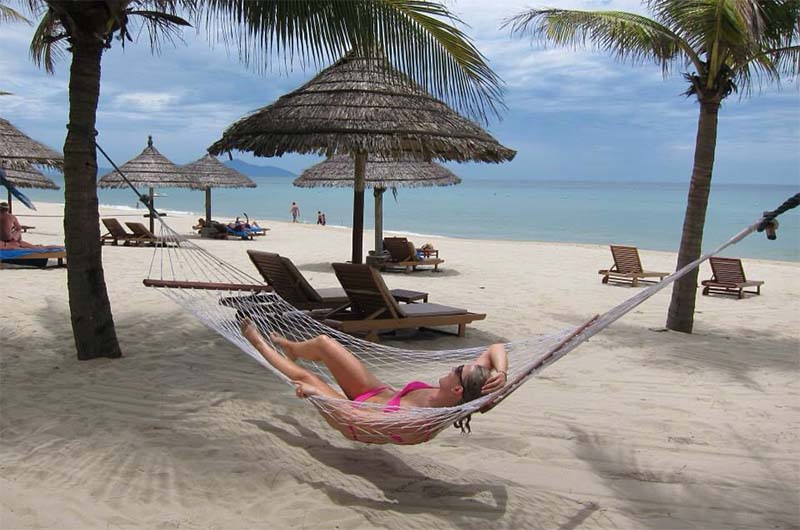 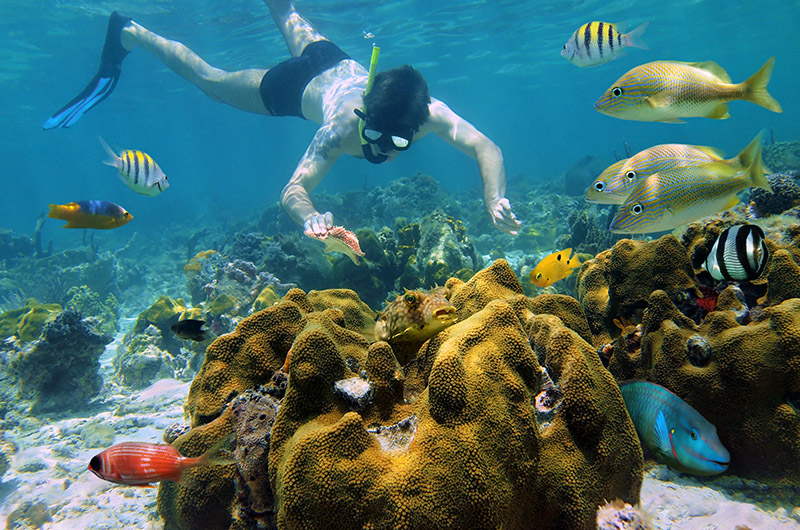 Following breakfast, our guide will meet you at the hotel lobby for departure transfer to airport for flight to Ho Chi Minh City then onward flight out Vietnam. 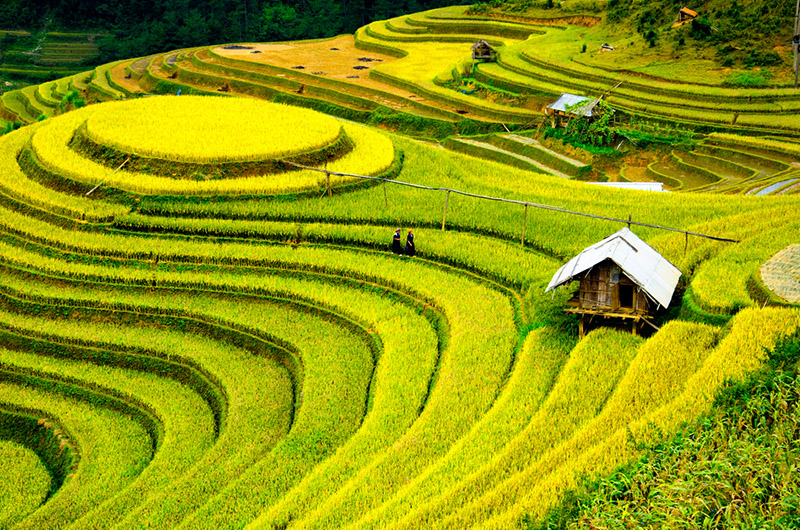 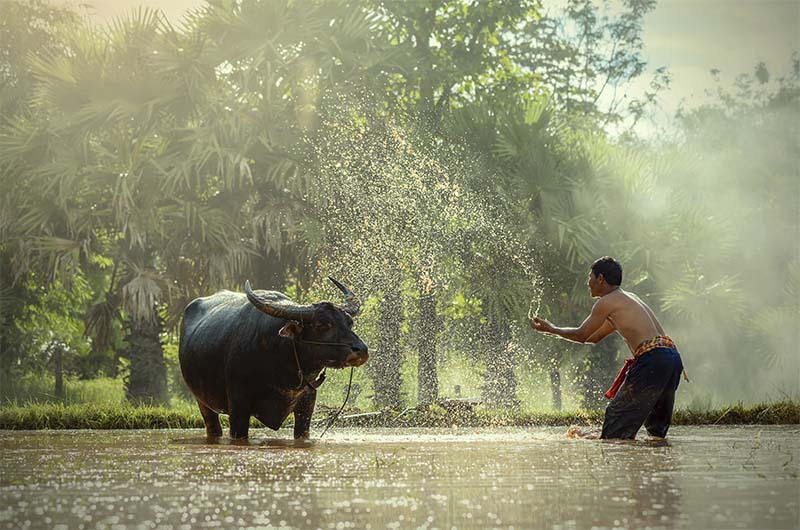 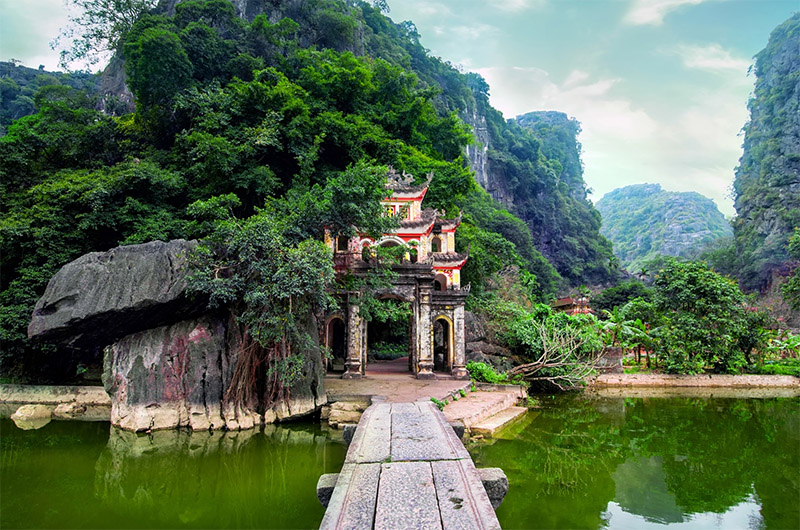 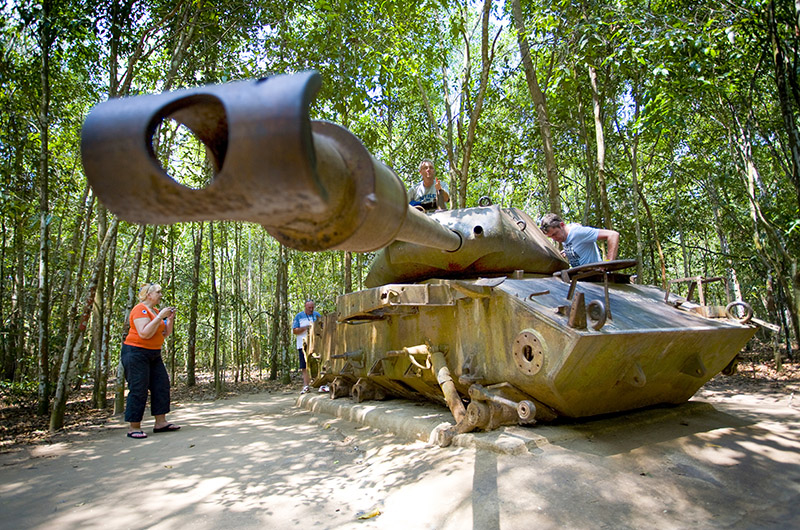 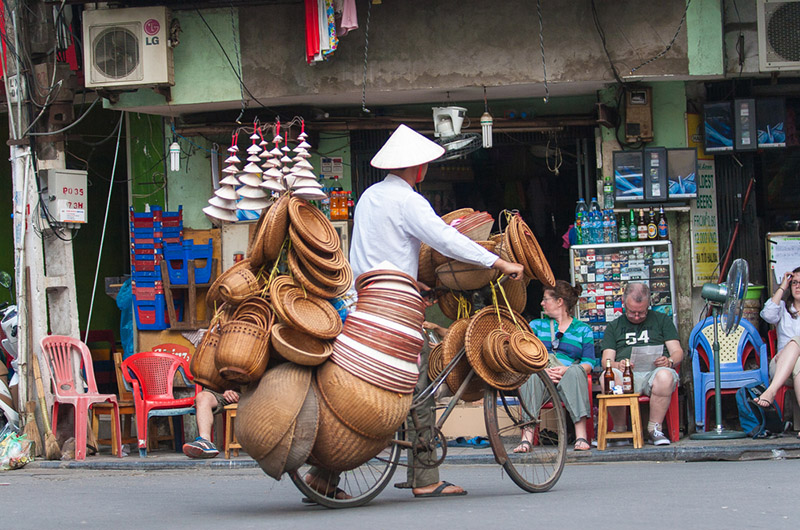 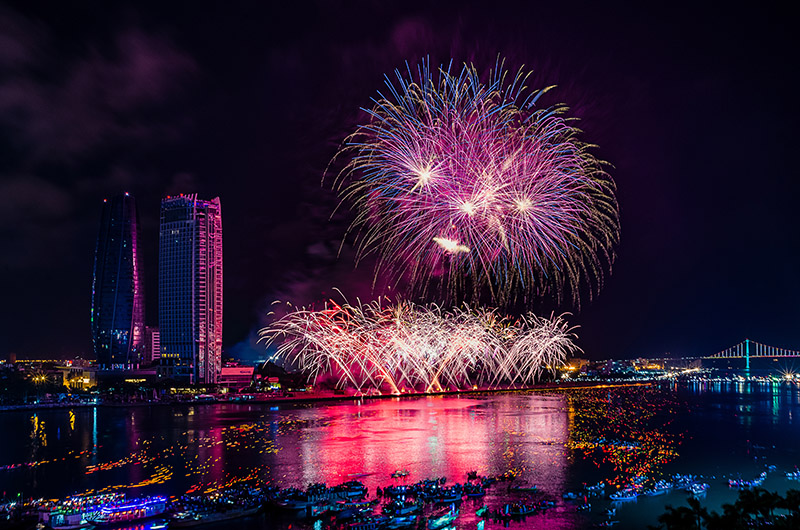 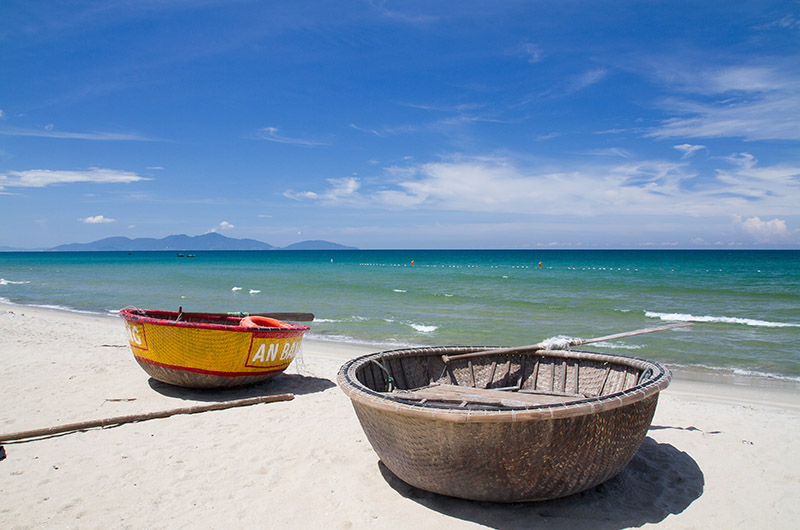 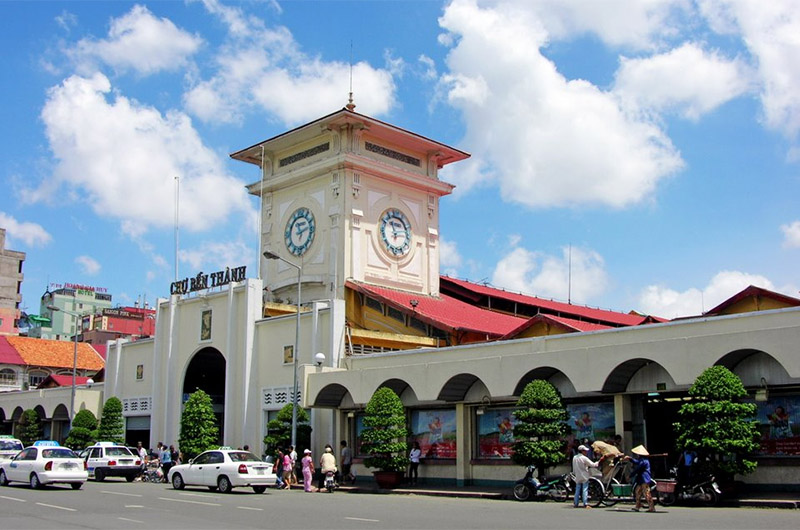